New features and functionalities included in the release

Collaborate With New Parties Throughout the Application Process

We have introduced a feature that allows new parties to be invited and/or added to applications after they have been submitted and even after their permits have been issued. This feature allows applicants to introduce new designers, contractors, and other parties to projects, throughout the permit application process. A screenshot of this feature is included below.

We have introduced a PDF Order feature. More specifically, when an inspector has decided to issue an Order to Comply during an inspection, a PDF version of the order is created automatically and it can be downloaded for viewing or printing out. One of the main reasons we developed this feature is because of instances where applicants are not digitally invited to the application on Cloudpermit and the order needs to be acknowledged. This would require the applicant to print off and sign the order with a pen on a paper. A screenshot of a sample PDF Order is included below. 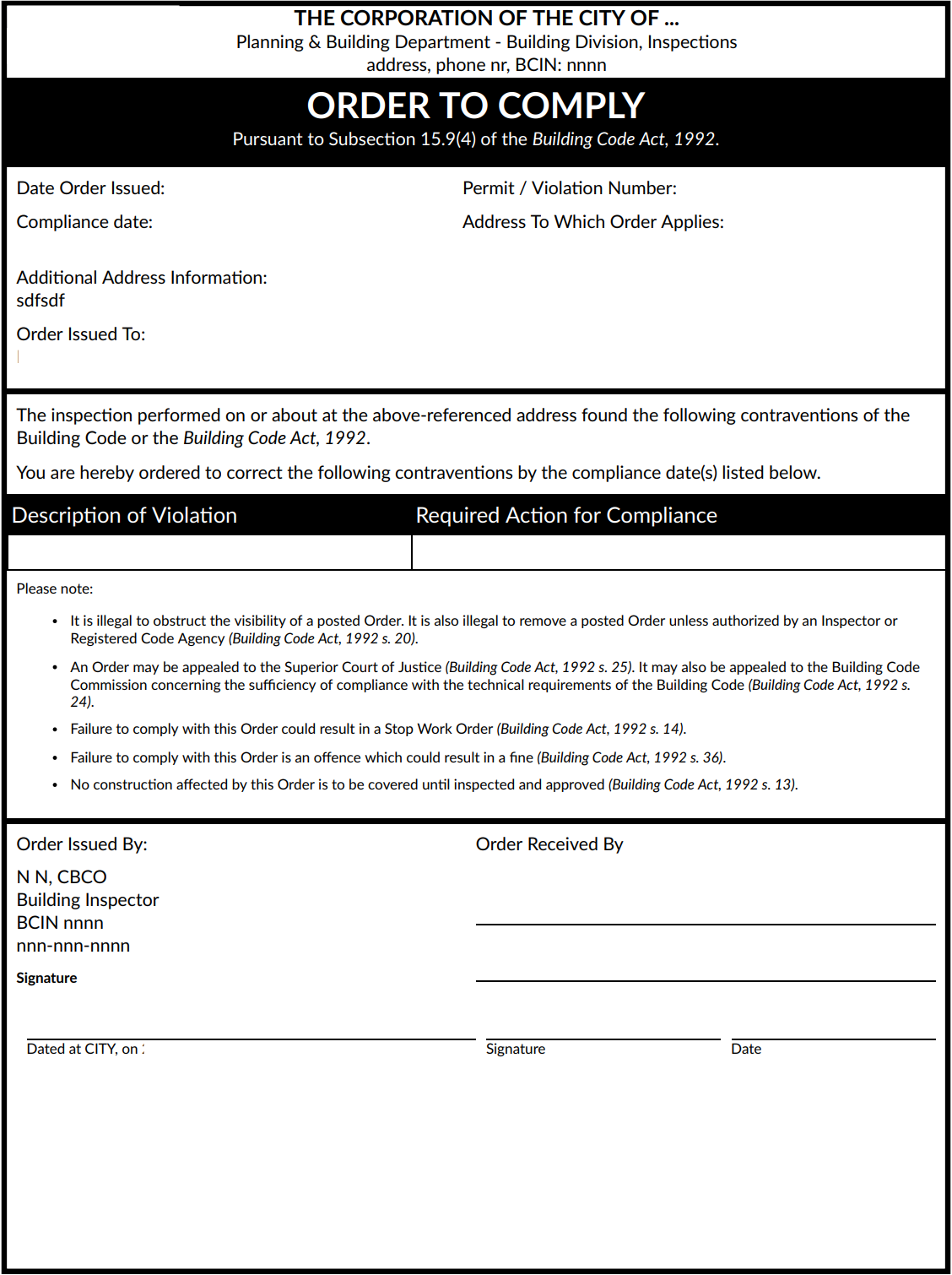 We have added the Commitment to Coordinate Engineered products form to Cloudpermit. This form can now be added as a required form and can be used as a formal sign-off from the designer or engineer on their work. A screenshot of this form is included below.

In addition, we have added a new attachment type called Invoice. This attachment type was developed in direct response to the current COVID-19 pandemic which is heavily limiting the general public's access to municipal offices. The Invoice attachment type allows accounting teams to upload invoice documents to Cloudpermit. Applicants are then able to download the invoice and pay the permit fees either through their online bank or by doing so in person at a bank of their preference. In essence, this allows municipalities to collect permit fees remotely. A screenshot of the configuration of this attachment type is included below.

In addition, we have added a new attachment type called Truss Drawing. To use this attachment type, municipality admin users need to select it for use in the configuration.

We have introduced the following improvements to Cloudpermit's messaging portal:

Screenshots of these new message features are included below.

We have introduced following fixes and improvements: